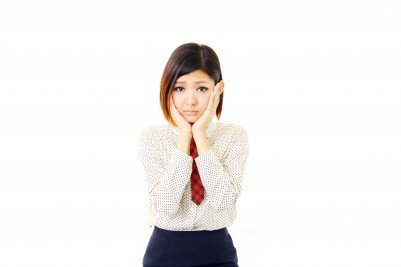 As the talent war heightens so is the likelihood of a counter-offer. It is vital that you are prepared so that you can in turn prepare your candidate.

Research has shown that the typical counter offer is between 15 to 20% of the employee’s current salary though the company making the counter offer may try a variety tactics in addition to a salary increase to try to get your candidate to stay due to the amount of time and effort that went into training the individual, and because they do not wish to repeat the expensive recruitment and on-boarding process. Also, since the person is already on-site at the current employer’s company throughout the notice period, they are at greater risk of accepting a counter offer.

Evidence strongly suggests that counter offers should not be accepted, but employees who lack the knowledge to adequately evaluate their counter-offer situation often accept them anyway. Statistics are varied but demonstrate that up to 80% of candidates who accept a counter offer are actually back in the job market within 6 to 12 months. This is because the reasons that they were planning to leave in the first place have not usually changed, and in most cases those reasons weren’t about money or benefits. Worse, many end up leaving the company that counter offered because promises simply weren’t followed through. These scenarios mean that you miss out and so does your candidate. Developing a counter offer strategy very early on in the recruitment process can prevent this from happening.

Most of the time, hiring managers do not discuss the issue of a potential counter offer with candidates they wish to hire. Change this habit and you immediately have a head start and an advantage over the current employer.

The counter offer can even be brought into the interview questions. An applicant that the recruiter is serious about can be asked, “We are interested in taking things further but everyone’s time is valuable. In the current economic climate, it is expected and assumed that you will receive a counter offer from your current employer as the cost of replacing you will be greater than the cost of a salary increase. Please can you tell us how you will handle a potential counter offer if your company makes one?”

The counter offer question could and should be made at every interview. It can be asked in different ways. For example: “If we were to offer you a position with us, what would you do if your company then made you a counter offer?”  Or, “What will you do when you hand in your notice if your boss makes you a counter offer?”

The candidate may brush it off and suggest that a counter offer is unlikely, but persist with this to get to the bottom of what they would actually do, if possible.

Psychologically, this will accomplish two things – it will remind them of the real reasons they are in the job market (which most likely isn’t a pay increase) and it will remove the mystique around a counter-offer so that they will expect it rather than be flattered by it. This alleviates the temptation to be temporarily enticed by more money and to give their current employer another chance out of guilt, loyalty or hope.

By getting your candidate to think about this scenario ahead of time, you are getting them to commit to their core professional goals and to your organization. This subconscious commitment will be their guiding light when the counter-offer comes. If you have done your job well, your candidate will realize that it is not a compliment to receive one but rather it is an insult not to receive one!

Keep the Focus on the Why

Understanding the true reasons your candidate is leaving their current role and is interested in yours will help you navigate the counter offer process. If a counter offer is made, you must present those same reasons back to the candidate again to continually remind them of what had them in the market to begin with and what it is they are really after. These reasons could be that there are few opportunities for promotion or they do not feel appreciated or the commute is brutal. Regardless, accepting a counter offer is nothing more than putting a temporary Band-Aid on the real reason they are looking to move on and in the meantime, they will loose valuable time where they could be furthering their career elsewhere.

Engage the Candidate Throughout

The most dangerous period is between when the offer is made and when the new employee shows up for their first day at work. This is exactly the time when the whole process is at its most vulnerable and frequently breaks down. Remember, the candidate was very excited to get an offer from you. You can build on this continually by keeping the candidate engaged, informed and by becoming their trusted advisor throughout the process.

Prepare your candidate around what to expect when they give their notice so they don’t succumb to pressure, guilt or flattery. First, their employer will likely be in shock and have a “What are we going to do now?” mentality. Next, the will want information – who is this company, what is the position and what are they paying you?”. And then, finally, they will do whatever it takes to keep them – “We were just discussing a promotion last week, etc.” Walk through all of the above with your candidate so that they expect it and so that they see through it, keeping their eye on what is in their best interest rather than that of their employer.

Stay in touch with your candidate. Know when he plans to give notice and follow up to ask them how their boss and colleagues handled the fact that they were leaving. In fact, asking them to call you right after they have resigned is especially useful in this regard. Provide them with sample resignation letters and ask how they plan to give notice. Engaging the candidate in this way also shows that you care about them and are interested in how it is going.

I know the next step is to put in your notice – which is never a fun process!

Have you thought about what would you tell them if they offered you more money to stay?…What if it is a significant increase? (the goal here is to have the candidate remind themselves of their reason for leaving – which is most likely not monetary).

The reality is that a counter-offer is to be expected, but can often be minimized if you demonstrate a resolve and clarity in your decision. I will email you a few sample resignation letters for your reference. Often having a clear and formal letter makes the process easier and simpler. In your case, being straightforward about the fact that you and your wife intend to relocate should also help.

You can further engage them during this time by keeping them involved! Inviting them to meetings or events where it is possible will build excitement about their new job. You can also add them in to important emails about their future position or give them a project to start working on. This approach gets the candidate thinking about their new life rather than where they are right now, and continues to pique the interest that they had when they were first offered the job while simultaneously building your relationship with the candidate that you can leverage in the event that a counter offer is made.

Point Out the Obvious

If, after all of this, your candidate is still considering a counter offer, it is your responsibility to bring them back to earth with the obvious. For example, how can they explain the sudden availability of funds for their counter offer? They should be advised to ask themselves why that money was not available at last year’s annual review, and if they genuinely think it would have been available at this year’s. One of the very best things you can ask candidates to think about at this stage is if they are that important to the current company, then why did the candidate have to resign to actually get the pay raise they deserve?

Sometimes a candidate may consider a counter offer because it seems “easier” to stay where they are rather than move to somewhere new where they face a learning curve and an acclimation stage. This is where building up a candidate’s excitement about the new position can counter the risk and as well as reminding them of their original reasons for leaving their current employment, already discussed above.

Remind them that the easy path is often the mediocre path and that it takes courage to dream, to change, to reach for higher goals. Remind them that you want the kind of person for this role who is willing to take a risk to achieve greatness and that you believe they are that person. Encourage them to take some time to reflect on what they really want professionally and personally and to see if fear of the unknown or fear of change is standing in the way. Let them find their inner voice and determine the decision that is congruent with their long-term vision.